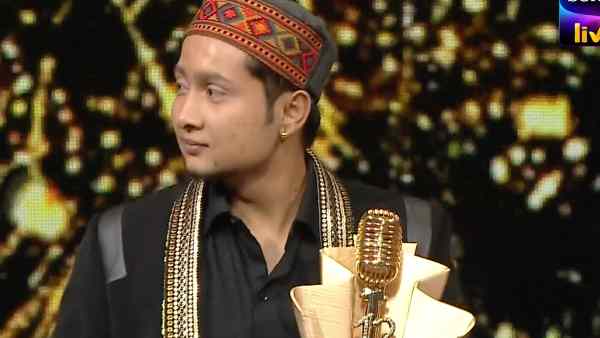 Rumors were spread hours ago

Earlier, rumors had circulated hours ago that the winner of Indian Idol 12 is Pawandeep Rajan. Pawandeep has won the show called The Voice India even before this. Pawandeep was well-liked in Indian Idol from the very beginning. Many times he was also accused of being biased in the show.

Rumors of two winners too

There were also rumors that there would be two winners in the show. It was believed that since three boys and three girls have reached the finals this time, it is possible that one boy and one girl will be declared the winners of this year’s Indian Idol.

Pawandeep Rajan won the hearts of fans by singing the Pahari folk song Chamba with Sonu Kakkar in the finale. At the same time, many big celebrities also wanted Pawandeep Rajan to win this show.

Pavandeep has announced today that he will be joining his Indian Idol 12 co-contestant, Ashish Kulkarni as a music director in the future. During the show, the duo composed several tunes. Pawandeep also said that if something happens, he will definitely work. Ashish has even prepared a name plate in the name of both of them.

In the 12-hour grand finale on August 15, Pawandeep gave a heartfelt tribute to Kargil War hero Captain Vikram Batra at the request of Sidharth Malhotra. He performed the song Teri Mitti from Kesari.