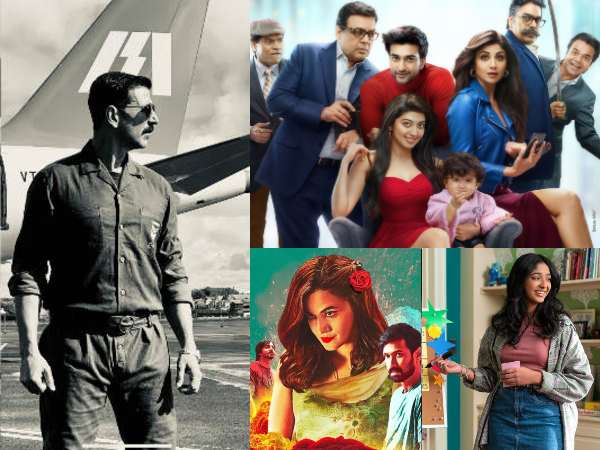 10 other shows including OTT and theater movies and web series coming in July 2021 – Bell Bottom, Toofan

The Tomorrow War is a science fiction film. Written by Zach Dean and directed by Chris McKay, the film stars Edwin Hodge, Sam Richardson, Betty Gilpin, Mary Lynn Rajskub and Ryan Keira Armstrong. Apart from English, the film will be released in Hindi, Tamil and Telugu.

The film stars Jimmy Shergill and Asha Negi in lead roles. The film revolves around the story of stopping a suicide bomber. The film is directed by Dhyanesh Zotting.

This much awaited film from the Marvel Cinematic Universe is coming to theaters as well as Hostar. However, its theatrical release in India has not been decided yet.

Never Have I Ever- Season 2

The second season of Never I Have Ever is up for streaming. It is a youth romantic comedy show depicting the life of an Indian-American girl Devi. Maitreyi Ramakrishnan played this character.

Starring Farhan Akhtar, Mrunal Thakur and Paresh Rawal, the film is directed by Rakeysh Omprakash Mehra. The story is based on a street fighter becoming a boxing champion.

It is an anthology series, in which 6 different stories will be shown. Actors like Radhika Madan, Amol Parashar, Rohit Shroff, Mihir Ahuja will be seen in the series.

Directed by Devanshu Kumar, the film stars Vikrant Massey and Kriti Kharbanda in lead roles. At present, the release date of the film has not been announced. But it will release in July.

Bell Bottom is scheduled to release in theaters on July 27. This is a thriller film directed by Ranjit Tiwari. Vaani Kapoor, Huma Qureshi, Lara Dutta and Adil Hussain are going to appear in the film with Akshay Kumar.